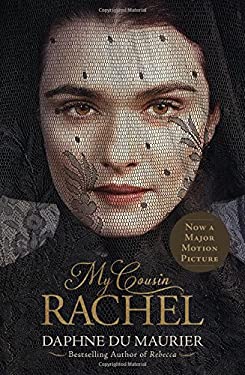 “Someday, somehow, I would repay my cousin Rachel.”

Ambrose has been like a father to Philip, raising him single-handedly ever since the death of his parents. They live undisturbed on their Cornish estate, surrounded entirely by men – not even a female housekeeper. So when Ambrose travels abroad for his health, only to send word he has fallen in love and married, it is understandable for Philip to be jealous.

His feelings of hatred towards this woman only increase when Ambrose dies in Italy, with his new wife by his side. Philip is left the grand estate, but no chance to say goodbye. However, this bitterness soon alleviates upon meeting Ambrose’s widow, the beautiful and enigmatic Rachel. He may be falling for her. And that may be exactly what she wants.

My Cousin Rachel is often described as Gothic, a genre which I find can be somewhat languid and full of surfeiting descriptions. In this case, though, I was captivated from the start by such a disturbing story that revels in its own ambiguity.

I freely admit to indulging my dark side through literature. Any unsettling and deliciously subversive novel is one that I will embrace, and the synopsis of My Cousin Rachel was too tantalizing to ignore.

Not only does this book have a disturbing premise, but du Maurier combines this with razor-sharp execution. There’s an unreliable narrator, oppressive Gothic atmosphere, violent undertones, suspense, an intense romance. Not to mention the unforgettable character of Rachel herself, a mysterious Lady Macbeth-esque transgressive woman.

Rachel is presented as a transgressive female Other; misogyny is therefore present in the novel, but it exists for the author to challenge it. In this way, My Cousin Rachel is progressive for a novel published in the early 1950s.

However, Rachel’s Italian heritage is often presented in a very stereotypical and demeaning manner.

The portrayal of transgressive women in literature has often been employed in their Othering and alienation. I love reading how female writers such as Daphne du Maurier reclaim these representations as a means of illustrating women’s power.

“There must be something in the nature of love between a man and a woman that drove them to torment and suspicion.”

Read if: You want to be brought to the edge of your seat by an enigmatic psychological drama.

If you enjoyed My Cousin Rachel, you may also like Wide Sargasso Sea by Jean Rhys.

Have you read My Cousin Rachel or any other books by Daphne du Marier? What did you think? Let me know in the comments – I would love to hear from you!